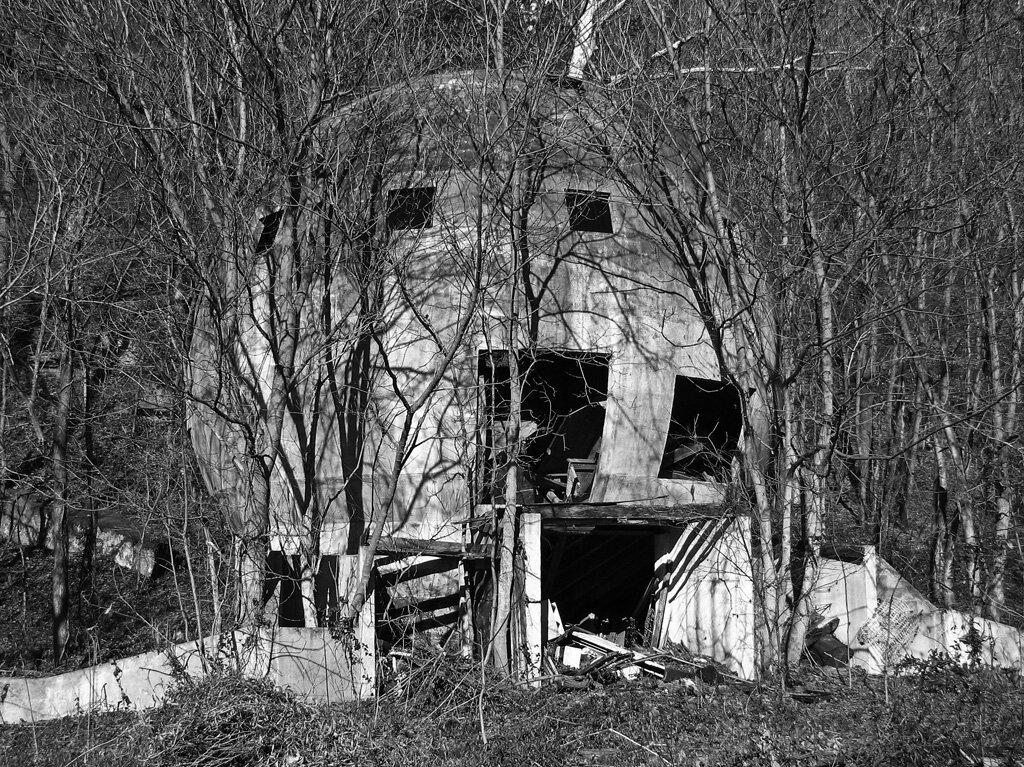 by Don O’Brien, a view of Round house, Logan, Ohio, United States

The Logan Roundhouse, also known as Stewart’s Folly – is likely the oddest structure in the small Ohio town of Logan. The design, lacking in flat surfaces or corner, has a very low wind resistance. Concrete walls further enhance the durability to withstand extreme weather such as tornadoes or hurricanes. This building was to be a prototype for others along coastlines and Tornado Alley.
The shell construction began in 1971 and was completed in 1973. The walls are 8 inches thick at the base, and 5 inches thick in the walls. Two floors, a basement with garage, and a porch were constructed. The house was never completed, nor was it ever wired for electricity .Today it stands empty. 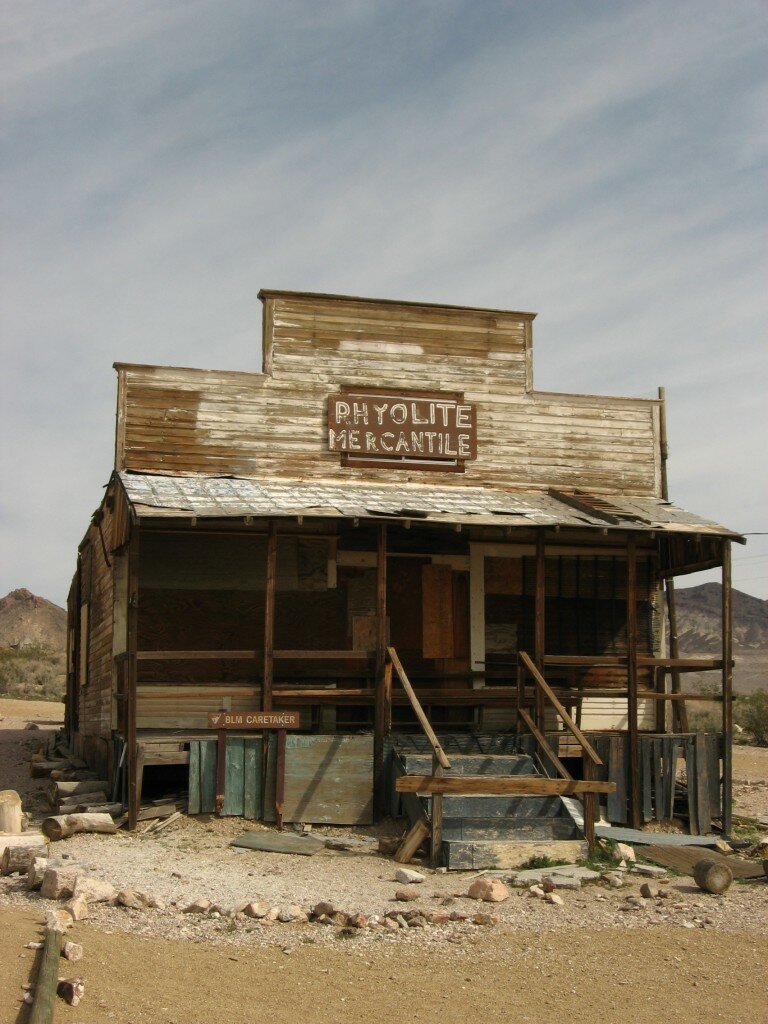 END_OF_DOCUMENT_TOKEN_TO_BE_REPLACED

by Bradley Fulton, a view of Ludlow cafe

The historic Ludlow Cafe is located in the Route 66 town of Ludlow. Once a prime eating place in town, the skeleton of this old building has been creaking apart slowly over the years.

Ludlow is a small town in the Mojave Desert on Interstate 40, located in San Bernardino County, California, United States. The older remains of the ghost town are along historic Route 66.

Route 66
By the 1940s, local mining and railway activity had ceased and the town survived supplying the needs of travellers on the National Old Trails Road, renamed to become the legendary Route 66 in California. Ludlow providing a Motor Court with bungalow cabins, the streamline moderne Ludlow Cafe, a gasoline-service garage, and shade. They operated through the late 1960s. After Interstate 40 was built bypassing town there was little business and most residents departed, leaving ruins of empty buildings and Tamarisk trees that still stand flanking the old highway. Tourists following and exploring historic Route 66 pass through the ghost town now. 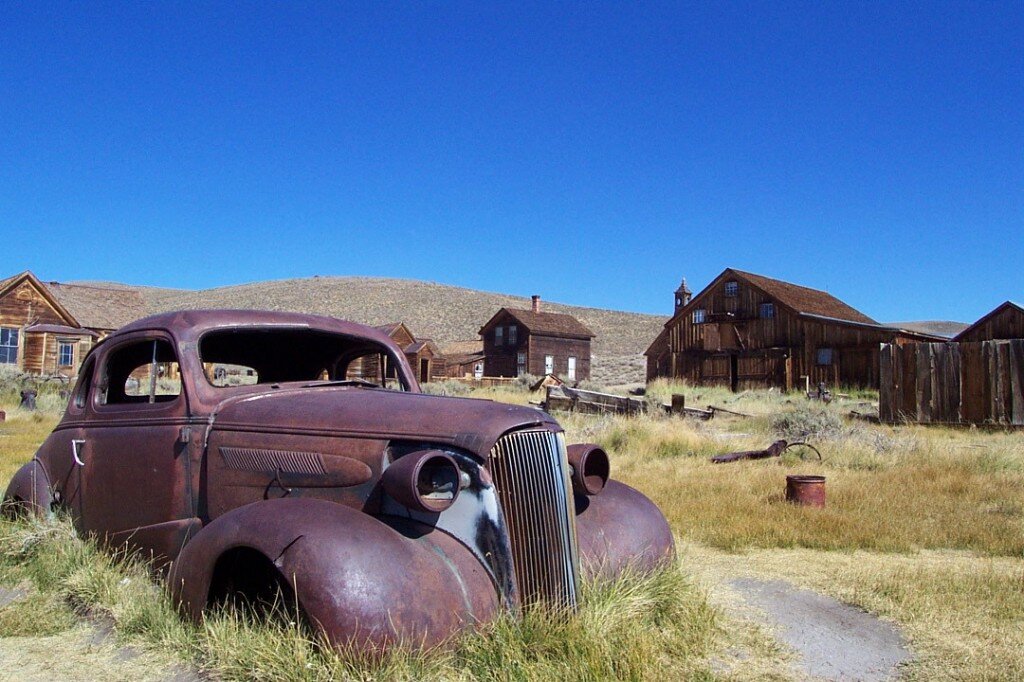