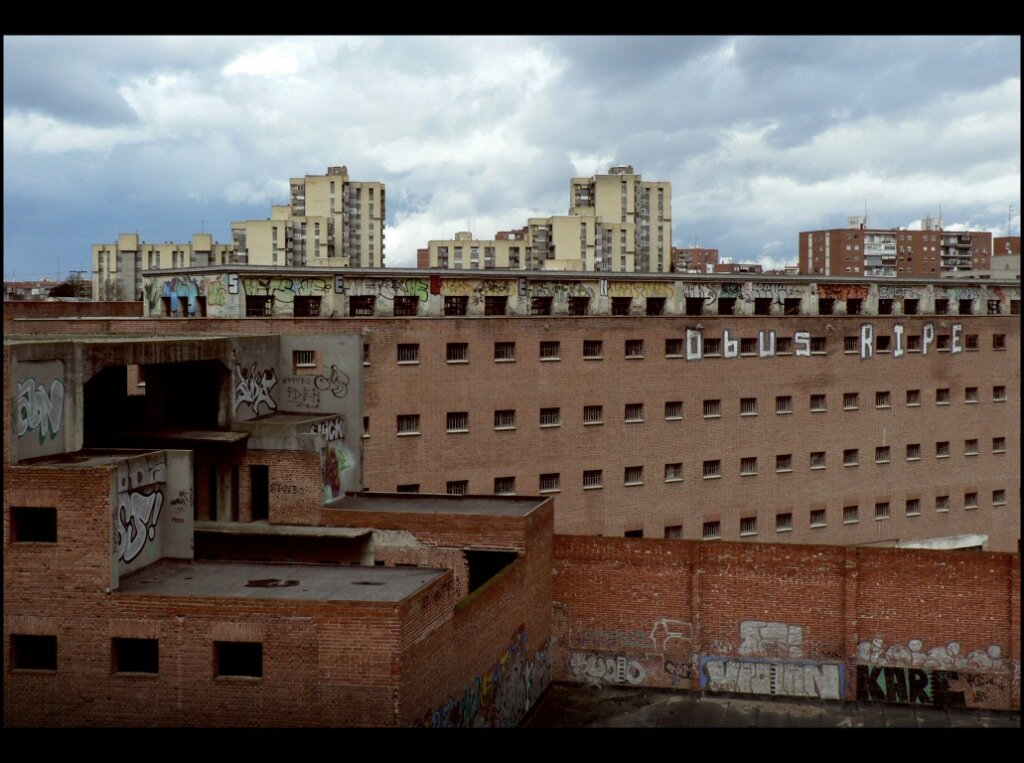 by Laura, a view of Carabanchel Prison, Madrid, Spain

Carabanchel Prison was constructed by political prisoners after the Spanish Civil War between 1940 and 1944 in the Madrid’s neighbourhood of Carabanchel. It was one of the biggest prisons in Europe until its closure in 1998. The structure followed the panopticon model devised by Jeremy Bentham in 1785.
During General Francisco Franco’s regime (1936–1975) the prison hosted a large community of political prisoners, which included relevant members of democratic and leftist political parties and union leaders. Notable inmates included Marcelino Camacho (leader of the Communist clandestine union Comisiones Obreras) and the rest of top-rank members of it imprisoned as a result of the Process 1001, Julián Ariza (member also of the same union), Nicolás Redondo (leader of Workers’ General Union), Eduardo Saborido, Simón Sánchez Montero (Communist leader, who server 25 years in prison), José María Ruiz Gallardón (monarchist opponent to the dictatorship and father of the current Mayor of Madrid Alberto Ruiz Gallardón), Nicolás Sartorius, Ramón Tamames, Enrique Múgica and Enrique Curiel (Communist activists), Miguel Boyer (Socialist activist and a minister later), Fernando Sánchez-Dragó, Miguel Gila, Fernando Savater, Fernando Arrabal, CNT member Luís Andrés Edo and would-be Franco assassins Stuart Christie and Fernando Carballo Blanco. After Franco’s death, only common criminals and terrorists belonging to the Basque terrorist group ETA and other paramilitary groups remained.

END_OF_DOCUMENT_TOKEN_TO_BE_REPLACED 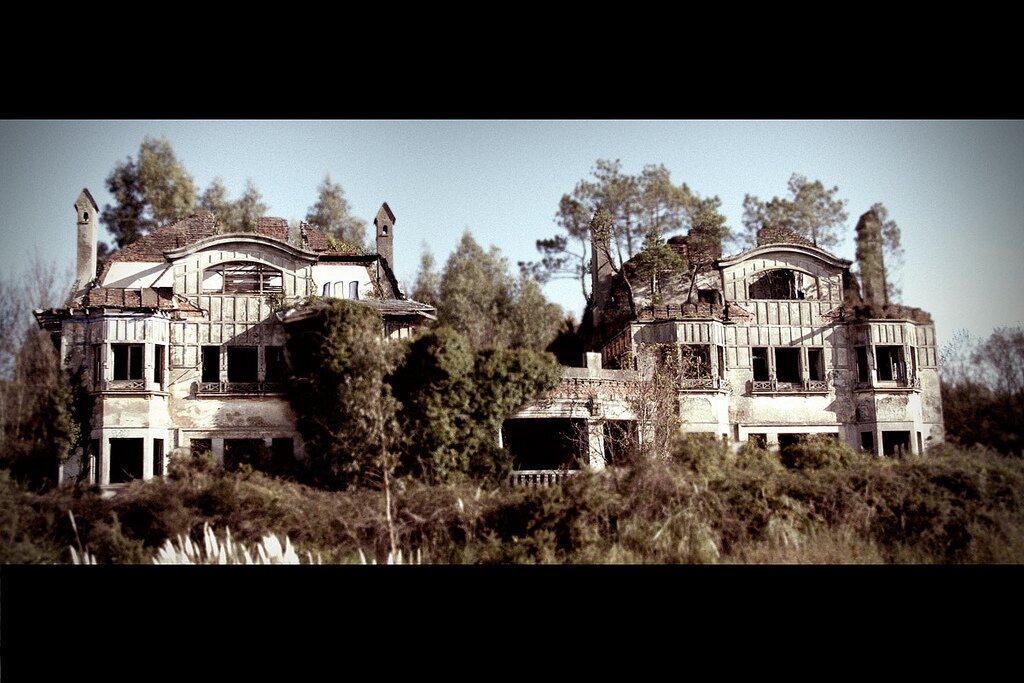 by Mon Vazquez, a view of Bailly Houses, A Coruña, Galicia, Spain

The “El Grajal” or Bailly house is an unique and magnificent example of galician art nouveau architecture.
The local government promised to restore it some time ago but this doesn’t seem to be happening.
It was designed by Antonio Tenreiro and Peregrín Estellés and built by the Bailly family between 1920 and 1924.

After the Spanish Civil War it was confiscated by the fascists, who used it for some years and then left it to rot.
The design and construction must be excellent since it has been in this sorry state for decades but it refuses to collapse.

Canfranc International station is located in Aragon, close to the Franco-Spanish border in the province of Huesca. It is the second largest station in Europe by the size of its facilities. Built with the intention of a great future, nowadays is dedicated to local traffic on the Spanish side and it is probably the biggest railway waste of the world.

END_OF_DOCUMENT_TOKEN_TO_BE_REPLACED

a view of the center of Castalla, a small city near Alicante

Castalla is a small city located in the inner province of Alicante, with a population of approximately 8,000 residents. In the center of Castalla there is a castle and the historic center all around it.
This part of the city has been abandoned over the years by the local administrations, leaving it in a state of ruin, without a special planning for its revitalization and rehabilitation. The different public administrations have built (during the years of spanish economical growth) new buildings outside the city and, in 2003, they also built some housing for foreigners.

END_OF_DOCUMENT_TOKEN_TO_BE_REPLACED

by Giacomo Beccari, a gutted building waiting for interior reconstruction in Madrid, Spain

An example of possible living in plaza de San Ildefonso in Madrid, Spain: the old building has been gutted, the memory of his past is kept by the external skin and the inner part is realized completely from scratch.
A woman already lives there!!