by Barbara Sambri, a fish-eye view of the Caimi swimming pool

The Caimi swimming pool, located in Porta Romana quarter and bounded by Carlo Botta, Pier Lombardo, Giorgio Vasari e Lattuada streets, is a historical public bathing establishment, dismissed and totally abandoned since 2006.
Once pride of the area, relavant and outstanding place for Milan citizens since its construction in 1939, unfortunately, it is now a symbol of the Milan urban decay.
Botta Baths are not just a simple swimming pool: besides the antique amphitheater bathtub, the complex accommodates changing rooms, a rooftop solarium, two arbors, one gym and a cinema, everything (all of these) located inside a wooden park, bounded by a masonry fence, and connected with staircases to the swimming pool.
The complex was built in late 30′s, to provide a public structure where people, thanks to a reduction in working hours, could enjoy the new spare time, following the motto “mens sana in corpore sano”. 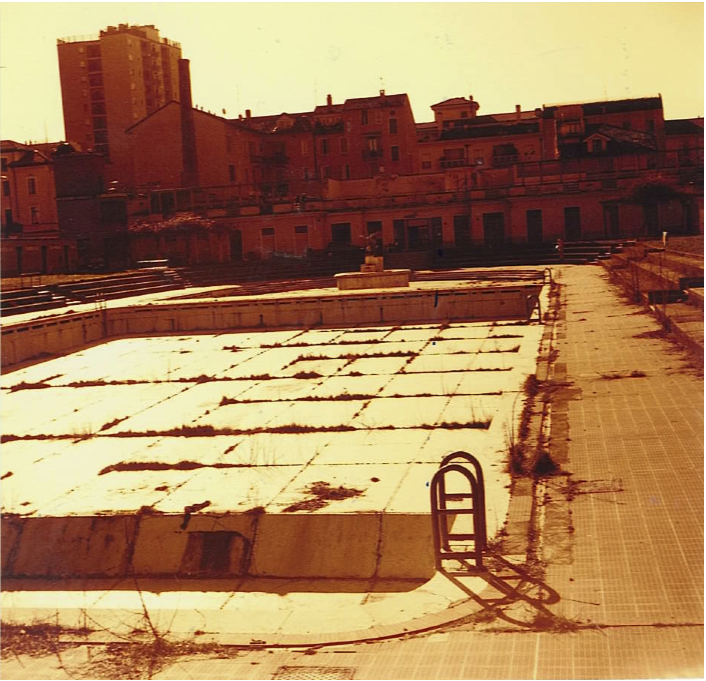 Until its closedown, the structure has been a meeting point for citizens, not only during summer days but also as a location for parties and cultural events at night. In 2006, the sudden and unannounced clousure of the swimming pool, due to a lack of sanitary conditions in the water filtration system, was a turning point in the district history.
The “Pierlombardo Foundation”, that dealt the neighboring “Franco Parenti Theatre” renovation, obtained the authorization to use the Caimi swimming pool, looking for private investors funds. Since then, citizens claims, protest actions, anger and disbelief had not been considered and the swimming pool had been used just for few “Franco Parenti Theatre” side events. Some citizens also opened a blog with the aim to give back to Milan “BottaBaths and Caimi Swimming Pool” and to give ideas on how the area could be recovered, making it become a place for sportive and cultural aggregation, open to everybody, living with the town and for the town, 365 days per year.
Actually, even if the “Regione Lombardia” plan out the Caimi Swimming Pool as a “significant public interest area”, no public funds have been allocated for the renovation yet and the bathing establishment still remains “closed until further notice”. 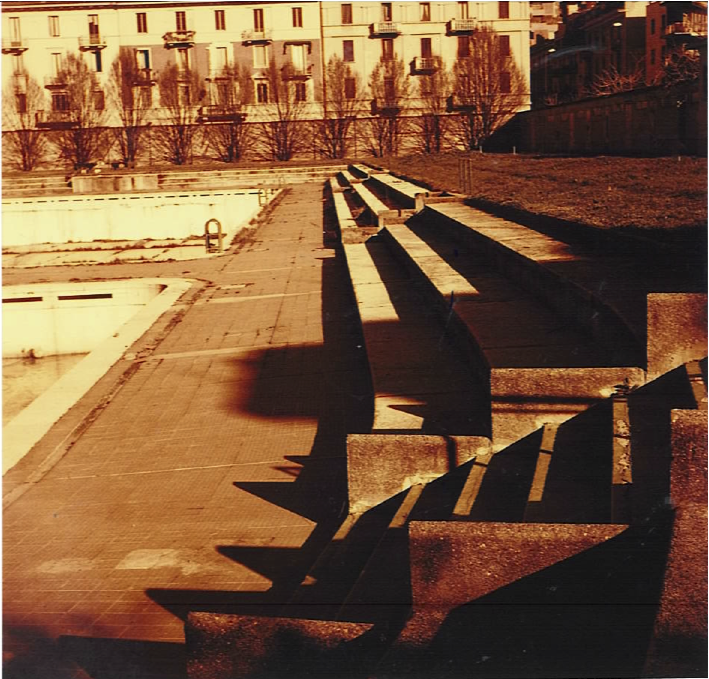 Every year, with the summer coming up, forthcoming renovation ads are announced but nothing really happens. In February 2011, the swimming pool has been squatted by anarchists, and, after two months, cleared out by police. This unearth the problem of the Caimi complex neglect and the Councillor for Sports, Alan Rizzi, announced that shortly the area will be redeveloped by the “Pierlombardo Foundation”, as a concession for the total renovation of the area. Still nothing happens, so Porta Romana citizens and local associations, a few days ago, asked the new Milan mayor and municipality, with a petition, “a prompt intervention for the redevelopment and the reopening of the swimming pool, as well as the guaranty of a public management open to the citizens participation”. The solution is incidental to the features and the structure potentials, and has to give back to the city this important site, one of the most fascinating public places in the city.

This entry was posted in swimming pool and tagged botta, caimi, italy, milan. Bookmark the permalink.